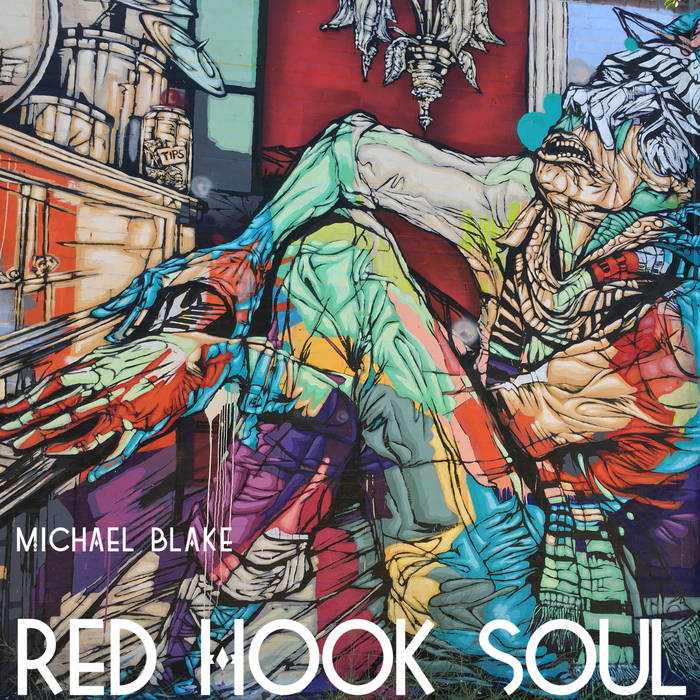 Red Hook sits on the southern end of Brooklyn. Just a short ride from Manhattan, it has a rich history and a gritty past having been a major player in the bustling days of NYC's harbor. It was the centerpiece in Eli Kazan's film On the Waterfront. There's a funky sea fare vibe there and in some areas it's still an active port. You'll find rusted out ships sitting next to the water taxi stands that shunt shoppers to and from popular consumer warehouses There are loads of low-rise buildings so the light spreads over the flat lands and you can see the skyline of lower Manhattan and the harbor from many vantage points. Cut off from neighbors by the Brooklyn Queens Expressway (one of the most devastating urban projects in NYC history) it is tied together by a strong community driven housing project and a random mash up of residential and industrial buildings that somehow all seem to get along. I used to jog down the long pier on Columbia Street where impounded vehicles are held and I'll always remember stopping in my tracks one day because I came upon the emergency vehicles that were towed there after 9/11. Most people will remember seeing residents waste deep in floodwaters after Hurricane Sandy pummeled it in 2012. But New Yorkers find a way to rise above adversity and Red Hook is no different. From gentrification the landscape has changed a lot but 'old' Red Hook is still evident - especially at places like Sunny’s - a long-standing former speakeasy where this band played its first gig. There is a lot of community spirit in this music; built on the same kind of familiarity and roughneck Brooklyn character as the neighborhood it is a tribute to.
- Michael Blake

Acknowledgements: Thank you band! Thank you Andy Taub and Brooklyn Recording! Thank you Louis Marks and Ropeadope! Thank you Annette! Thank You all for believing in my vision to make this album!

The Canadian born tenor and soprano saxophonist Michael Blake has been a mainstay in the New York scene for over 30 years and has put out over a dozen albums under his name. Among the many artists he has performed with are The Lounge Lizards, Steven Bernstein, Charlie Hunter and Ben Allison. ... more

Bandcamp Daily  your guide to the world of Bandcamp

Featured sounds from Fly Lo and Ahmed Idris, plus Mother Nature hops on to drop off new project